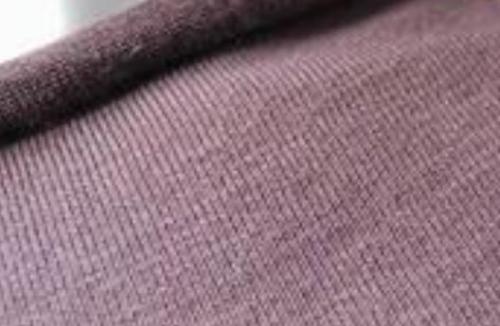 In the domestic market, the market for acrylonitrile began to decline during the latter part of April. The prices of major manufacturers in the region temporarily stabilized and the demand of downstream companies was relatively weak. Some people were bearish about the future market.
The acrylonitrile market in China's ports is also showing a weak consolidation trend. Traders do not have a lot of goods in their hands, but the unsatisfactory demand situation has led to the development of the weaker development trend in the previous period. Due to the early price decline, the market outlook is more pessimistic. The current port Acrylonitrile self-raised prices are generally around 13,800 yuan/ton, and some of the actual transaction prices are around 13600-13,700 yuan/ton.
Some domestic manufacturers have also reported new contract prices, such as Jilin Chemical's offer to 13400-13700 yuan / ton, Sinopec East China quoted at 14,000 yuan / ton, Sinopec North China offer to 13,900 yuan / ton, Fushun Petrochemical quoted at 13700 Yuan/ton factory. In the domestic acrylonitrile spot market, it was reported that prices in the surrounding areas of Shandong were sent to negotiations at 13,800-13,900 yuan per ton. Some of the negotiations were slightly lower, terminal demand was weak, and the downstream market was cautious. The actual sales situation appeared to be average.
Recalling that during mid-April, the price of acrylonitrile in Asia dropped by US$30/ton to US$1,960/ton CFR Far East, and the market lacked quotations. After some procurement intentions appeared at US$ 1950/ton, there was no trading hearing. A Far East trader indicated that with the start of planned maintenance, production of downstream acrylic fibers has been reduced, but may recover after the completion of maintenance in late April, when demand for ACN is expected to increase. In Southeast Asia, due to the national public holidays on April 13-16, the market in Thailand was limited. In South Asia, a transaction was at $1,827/ton CFR India, but it has not yet been confirmed, because industry insiders believe that even if the market is in a downward trend, the price is too low.
Despite the weakness in the Asian market, the supply and demand side of the US acrylonitrile market remained stable. Slowing demand, supply can basically meet the demand. The acrylonitrile United States export valuation is unchanged and is still at US$1820/t FOB US Gulf. According to sources, the price of acrylonitrile in the United States will decline after the chemical-grade propylene contract price is lowered by 1 cent/lb to 69.5 cents/lb in April. It is reported that there are latest quotes at US$1875/ton FOB US Gulf, and no corresponding bids and transactions have been reached.
The Asian acrylonitrile market was estimated to have fallen by $30/ton from the previous week and Tuesday at $1,960/ton CFR in the Far East. Demand in the Asian market is weak and prices are expected to continue to fall. Affected by this, the US market price will decline. In the downstream market, the market demand for ABS and acrylic fiber (AF) remained stable. On the production side, it is reported that Ascend Performance Materials plans to shut down its No. 2 acrylonitrile plant in the acrylonitrile plant in Chocolate Bayo, Texas, for 3-4 weeks this month. Ineos Nitriles said in mid-December last year that due to poor profits, it will halve the load of its acrylonitrile plant in Green Lake, Texas, from January 1 this year.
Market outlook forecast: Since the end of April, the upstream market for raw materials in the international market has continued to fluctuate downward. Propylene prices in all regions of the world have shown some changes, and prices in some regions have changed slightly compared to the beginning of April. The acrylonitrile market in the international market as well as in the domestic regions has also shown a downward trend. The relevant parties are bearish on the outlook and the quotes are high to low until the downstream companies accept it.
At the same time, it is precisely because of the decline in the price of upstream raw materials that has affected the market for acrylic fiber products. In the domestic market, there has been a consolidation trend in the market for acrylic fiber and other products. However, the price is relatively stable, and the lack of demand from downstream companies has caused the procurement enthusiasm to remain unsatisfactory. High, the overall operating rate of the acrylic industry is not very high, it will make the market appear a little more stable, but also can support the stability of the offer of acrylic series products.
Therefore, the outlook for the market of acrylonitrile still wants to strive for stability. Acrylic fibers will also appear in the same market.