On May 22, the much-anticipated Forbes magazine recently released the 2013 "List of the Most All-women in the World" list, while German Chancellor Angela Merkel topped the list for the third consecutive year. China's "First Lady" Peng Liyuan and nine women are on the list. 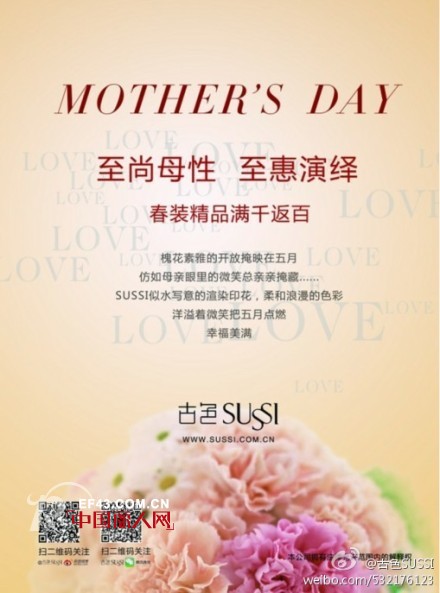 Since the matriarchal society of primitive society, women play different roles in different times. Nowadays outstanding women emerge in an endless stream, and women play a decisive role in their families and undertakings. High fashion women's SUSSI patina women in recently launched a "Â· motherhood yet to benefit to the interpretation of" micro view solicitation, invite you to discuss the importance of women, and the social role of women in the future outlook, forward and reply to your view of motherhood, Have the opportunity to get the value of 880 yuan in ancient scarves. As the event concluded successfully, many women in this event said that women have played an increasingly important role in social, political and commercial affairs.

Pale women, care for women, the freedom of the West and East show elegant, into the eastern and western cultures, the formation of a sense of the fusion of Chinese and Western culture, cultural impact extracted more classic aesthetic aesthetics. Compatible with things, the achievements of the true feelings of women.