On September 18th, the gold international version officially launched on the Shanghai Free Trade Zone, which indicates that China's gold market has opened the door to opening to the outside world. It is worth noting that the international version will be denominated in RMB and set up three trading targets to become a veritable â€œShanghai Goldâ€ outside â€œLondon Goldâ€ and â€œNew York Goldâ€. The move means that China's efforts in the pricing power of gold have begun to bear fruit, and the Chinese gold market has taken a solid step in the international gold market. 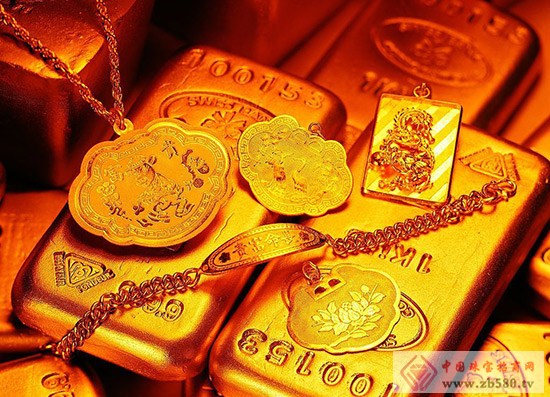 All along, the pricing of international gold has been dominated by several banks in Europe and the United States, accompanied by a variety of malicious scandals of gold prices. It is true that gold pricing has been held by Western countries for historical reasons. On the one hand, most of the world's gold reserves were in the United States, Germany, Britain and other countries. The strong physical gold holdings determine its ability to regulate international gold prices. On the other hand, since China has always been outside the major international capital markets, it is not allowed to enter the country. Therefore, although China's economic strength has gradually increased, it still has no say in the pricing of gold.

However, as the Chinese economy has become more and more influential in the development of the world economy, China's gold production, reserves and consumption have risen, and it has become a top priority to fight for pricing power. According to the latest statistics, in 2013, China's gold consumption exceeded 1,000 tons for the first time, reaching 1176.40 tons, a surge of 41.36% over the same period, surpassing India to become the world's largest gold consumer. At the same time, China's gold production reached 428.163 tons in 2013, ranking first in the world for seven consecutive years. In addition, although the official data of the gold holdings announced by the People's Bank of China is still 1054 tons, the market agrees that the actual number should be much higher than this level, which is determined by the strategic planning of the internationalization of the RMB.

Investors who are concerned about the international gold price trend will find that during Asian trading hours, the price of gold is often very small, and the daily volatility is concentrated in European and American trading hours. With the participation of â€œShanghai Goldâ€, there will be a qualitative leap in trading volume during Asian trading hours. During this period, prices will also reflect changes in supply and demand and economic fundamentals in a more timely manner. The impact of Chinese factors on gold prices will be fully realized. reflect. Of course, the launch of the Shanghai Gold International Edition is only the first step in China's search for gold pricing power. The road ahead is still very long, but as long as the first step is taken, the future will gradually come to fruition.

From the perspective of international trade, the launch of â€œShanghai Goldâ€ is in line with the trend of â€œWestern Jindongâ€. The increase in Chinaâ€™s gold holdings can only reflect its value by raising pricing power and play a role in protecting national assets. To get rid of its dependence on the US dollar and promote the internationalization of the renminbi, China's increase in gold reserves will inevitably become one of the main means. However, if there is no gold pricing power, then European and American countries can continue to suppress China's wealth by continuing to suppress the price of gold. Chinaâ€™s interests as the largest creditor cannot be guaranteed. With the pricing power of gold, we have a powerful weapon in the trade war, so in the future, we will seize certain pricing power from the Western countries. There is a long way to go.

For ordinary investors, the launch of â€œShanghai Goldâ€ is equally significant. The launch of the Gold International Edition has also raised the price of Chinese pricing while keeping the domestic gold price and international gold price in sync, so that individual investors are equivalent to trading in a larger market. The greater the market capacity, the more effective the analytical tools used by individual investors.

For investors who hold physical gold for a long time, the increase in the right to speak in China is also conducive to the loss caused by the plunge in gold prices caused by the manipulation of international capital. Therefore, for individual investors, whether or not they directly participate in the â€œShanghai Goldâ€ transaction will be the ultimate beneficiary.

The author believes that, in summary, the launch of â€œShanghai Goldâ€ is in line with the development strategy of China's gold market, and it can also meet the financial needs of investors to a greater extent. As China's economy continues to advance in the world, the voice of China's gold market will also resound globally and become the world's leading gold. At that time, China will become a financial powerhouse for the comprehensive development of physical gold investment and gold derivatives investment.